Kim Förster
The Housing Prototype of The Institute for Architecture and Urban Studies.
Negotiating Housing and the Social Responsibility of Architects within Cultural Production.

Marcus Garvey Park Village is a low-income housing project that was built between 1973 and 1976 by the Institute for Architecture and Urban Studies in Brooklyn, New York, as an implementation of a low-rise high-density prototype commissioned by the New York State Urban Development Corporation. The Museum of Modern Art was a project partner and exhibited the prototype in a dedicated exhibit titled “Another Chance for Housing.” The housing project constitutes the only building ever realized by the Institute, active from 1967 to 1985 in New York and known mainly as a center of architectural debate. Kim Förster looks at the building and exhibition project in order to consider the relationship between metropolitan culture, the architectural profession, and public relations. The interviews conducted by Förster give a voice to the protagonists of this unique architectural and cultural production, among them Kenneth Frampton and Peter Eisenman. As oral history, the edited version of these conversations affords insights into the particular interests of the project partners and into the role of the Institute as an architectural practice, before it affirmed its position as an educational and cultural institution. 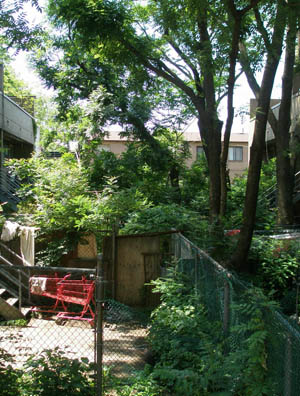